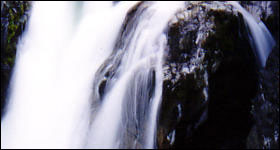 Our CD launch gig on Friday 3rd October, at our usual haunt, 'The Comedy Pub', was not without its troubles (when are they ever) but overall it was a positive experience on several levels.

We knew from the outset we would be without Dave, but our keyboard player Mike had to pull out at fairly short notice and so we wondered how we would sound. Despite limited rehearsal time we had managed to get the songs sounding great, but could we re-produce it on the night?

When we arrived at the venue we were shocked to discover that the 2 other bands on the bill had both pulled out, something I've never experienced before in 15 years of gigging. This meant there was a solo artist, who had only brought a handful of people, and us (who'd brought 25). So the room was quite empty looking and quieter than normal. It also meant we had the longest souncheck we've ever had, which was great as we were able to iron out a few of the inevitable rough patches you'll get when trying as many new songs as we were going to

We opened strongly, powering through 'Disintegration Machine' and 'Kirsten' which both got a great response, and then followed up with 'Wedding Day Blues'. At this point we were doing great. 3 songs, all new or newish to the audience, all well received.  However the middle part of the show took a bit of a downturn. Ironically it was 'Richard Brautigan', a song which we've played a number of times and which we should be able to do with our eyes shut, that started the rot. We stumbled and bumbled our way through it.  A strong performance of 'Nazi Dog' got a luke warm reception, and when Dan broke a string during 'Only Hicks' things could have gone downhill.

We rallied, however, and gave great renditions of 'Sofa Gofer' (making only its second live appearance)  and 'Consume'.  Making its last ever appearance, for obvious reasons, 'George W Bush' brought the crowd back to life, and the reception of the night was saved for the brand new 'Holy Man's Hands'.  Within the group, everyone had recognised, from the first rehearsal, that Dan's new song was something special. It speaks volumes for our view of it that we made it our set closer, despite no-one in the audience having heard it before. But the audience agreed with us, and agve it a fantastic response. Even after the set people were approaching us raving about 'HMH' so it will be a set closer for some time to come.

Given the small crowd and the broken string and the reduced line-up, I think the gig went as well as could be hoped. If we'd wanted more crowd reaction in the middle we perhaps could have put 2 old faves in, rather than 2 we weren't yet bored of. But if you start trying to pander to and second guess the audience, that way disaster lies!